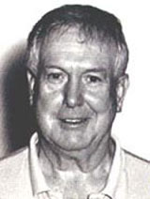 Dub was ninety-one when he passed away on August 2, 2005. Forty some-odd years ago he was a successful Utah business man. However, he felt a certain emptiness in his life. Through a series of fortuitous circumstances, he found himself being invited to become a member of the Esalen Residency Training Program in Big Sur, California. Heeding the call, Dub left family, home and business behind and took up residence at Esalen where he was introduced to Ida Rolf and Rolfing®. Eventually, he developed into one of Ida's proteges and shared a close personal relationship with her throughout her life.

From Ida, Dub learned of an Israeli named Moshe Feldenkrais. He provided one-third of the financial resources needed to bring Moshe to the U.S. to teach. After years of study with Moshe, Dub was certified by him.

By the early 1980's, after working countless bodies, Dub was burned out and in fragile health. Again, fortuitous circumstances led him to Hawaii where he met Tanouye Tenshin Rotaishi, a Zen Master, martial artist and healer adept at the use of ki (vital energy).

"After my training in structure from Ida and in function by Moshe Feldenkrais, the work with Tanouye Rotaishi at Chozen-ji was like a post-graduate course in reality and the meaning of life and death."

Through him, Dub gained insight into how a body could be worked using ki. In the course of this process, Dub's own health and enthusiasm for his work was rekindled.

Tanouye Rotaishi set Dub aside and asked him to continue the work and train someone to carry on after Dub's passing.

"You know how long it took you to get to where you were when you came to me. I never trained anyone before because no one ever came to me with the amount of training you had. It would have taken me years..."

Their seven year collaboration resulted in the evolution of Zentherapy®, which in Dub's words: "integrates my training and experiences with Ida, Moshe, and others, with the Eastern 'metaphysiology' of vital energy." It contains aspects of the deep tissue work of Rolf, the neuro-muscular re-education of Feldenkrais and the ki training of Tanouye Rotaishi.

In 1990 Tanouye Rotaishi asked Dub to return to the mainland to teach.

International ZENTHERAPY® INSTITUTE INC. (IZII) is founded and adopts Yakushi Nyorai as its patron. Yakushi Nyorai is known as the Healing Buddha who made twelve vows to save all sentient beings. Two of his vows were specific to curing all manners of disease, including ignorance-the most fundamental of all illnesses and the source of suffering. He also pledged to help anyone who heard his name.

"By calling on the Buddha of Healing and striving for wholesome change, one can have a spiritual rebirth and gain freedom from the patterns of unrestrained greed, anger and egocentric emotional response."

The aim of Zentherapy® parallels Yakushi Nyorai's vow to help people. Dub Leigh believes that by freeing the body of abberations and trauma held in the tissue, the body changes; as the body changes, the mind and the spirit change.

"The goal of Zentherapy® is
for both the practitioner and the client
to become as free as a child:
free from fear, hate, greed and pain.
Fully living each moment by moment."

Upon Dub's passing, Audrey Nakamura, as his successor, has assumed his duties as President of IZII.